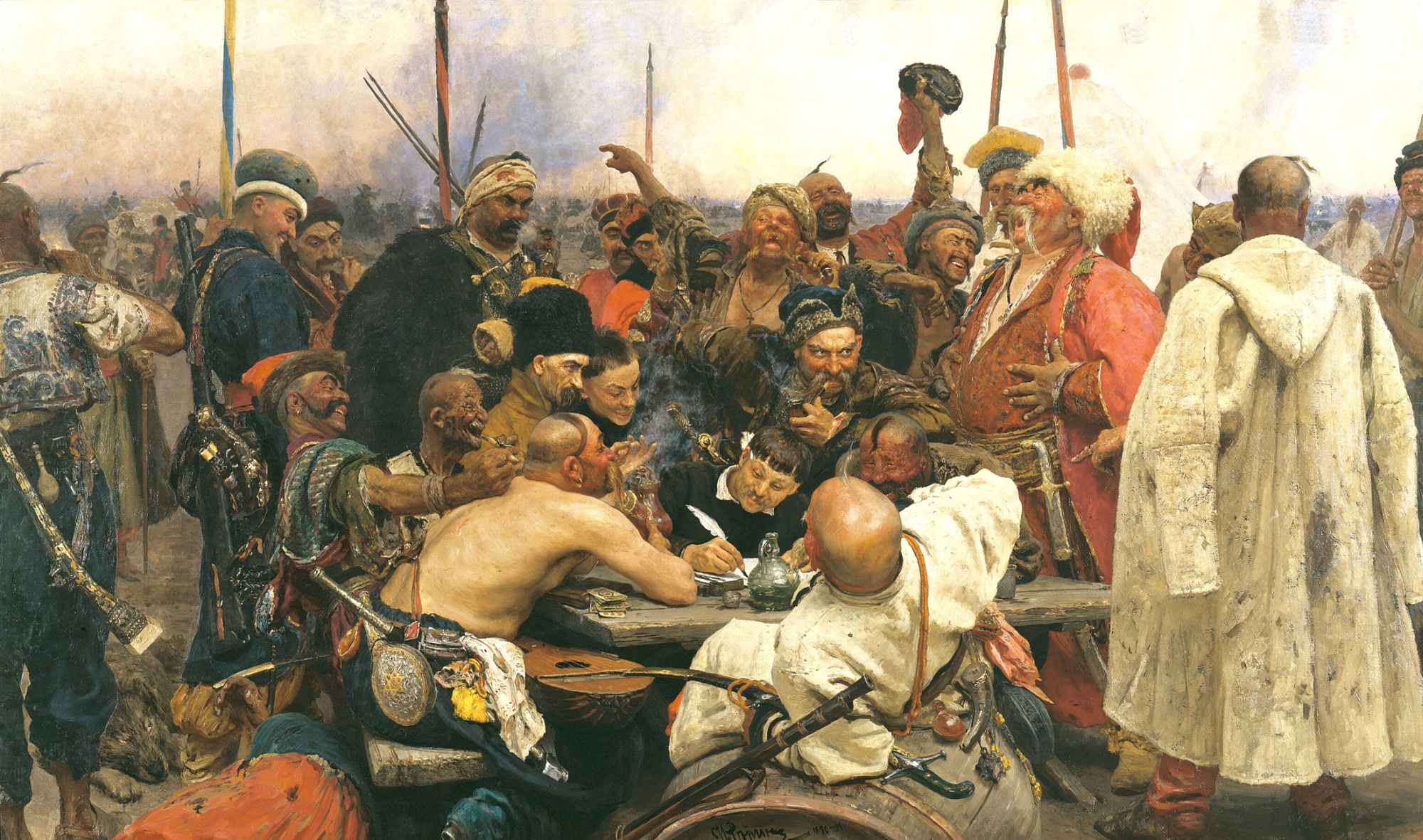 The Cossacks of the Zaporozhian Host... had defeated Ottoman Turkish forces in battle. However, Mehmed demanded that the Cossacks submit to Turkish rule. The Cossacks, led by Ivan Sirko, replied in an uncharacteristic manner: they wrote a letter, replete with insults and profanities. The painting exhibits the Cossacks' pleasure at striving to come up with ever more base vulgarities.

unfortunately, the physical letter of insults did not survive for posterity, but the phrase "crick in our dick" did make it into the history books.