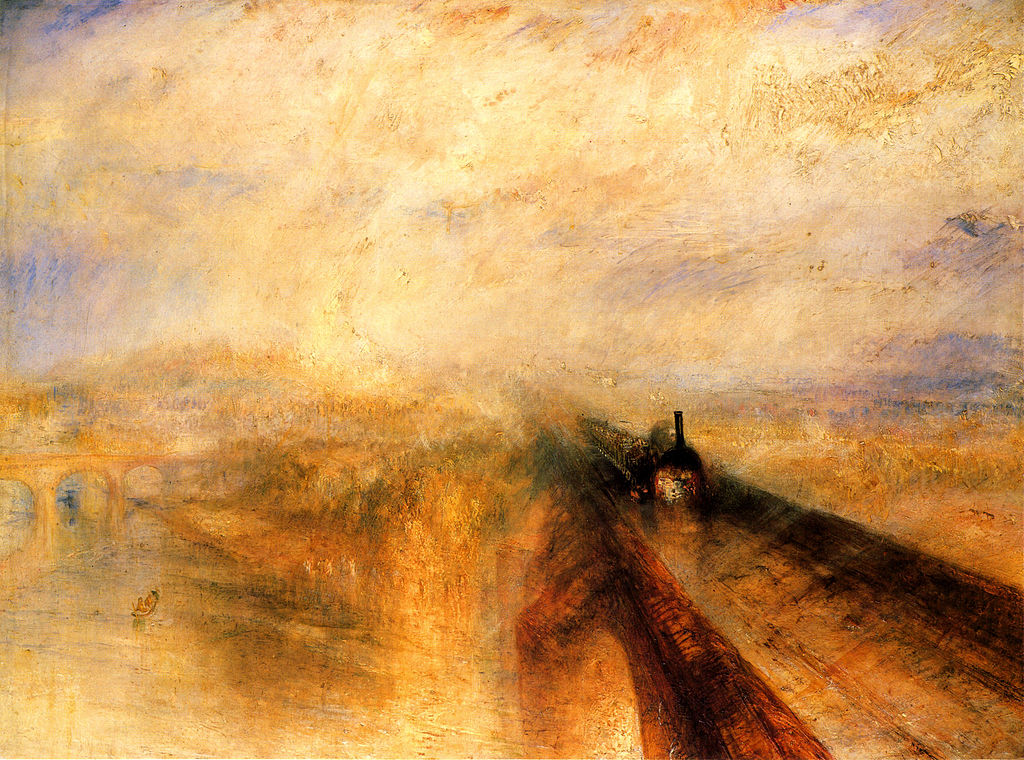 british painter jmw turner excelled at capturing nature and the advancing industrial tides as experienced in the 19th century. the painting above is a great example of how art shifts.

as society became more exposed to motion and power in the age of the locomotive, the art of the time began to turn more abstract in order to best represent its presence. indeed, even we, the modern spectator, can see in the painting the subject of motion and kinetics. but to people born just a century prior, the painting's central theme of motion would be lost in its entirety- seemingly blind to an entire dimension of life.

(eventually art would evolve on this abstraction concept until arriving at color itself as a driver of emotion/perception as exemplified by rothko.)

jmw turner was not without his detractors. this (snarky but funny) satirical caricature of turner represented him with a bucket of yellow paint and half haphazardly smearing the painting with a mop. 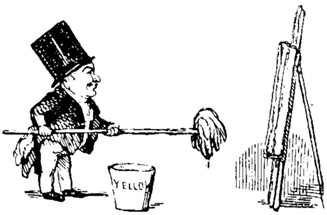