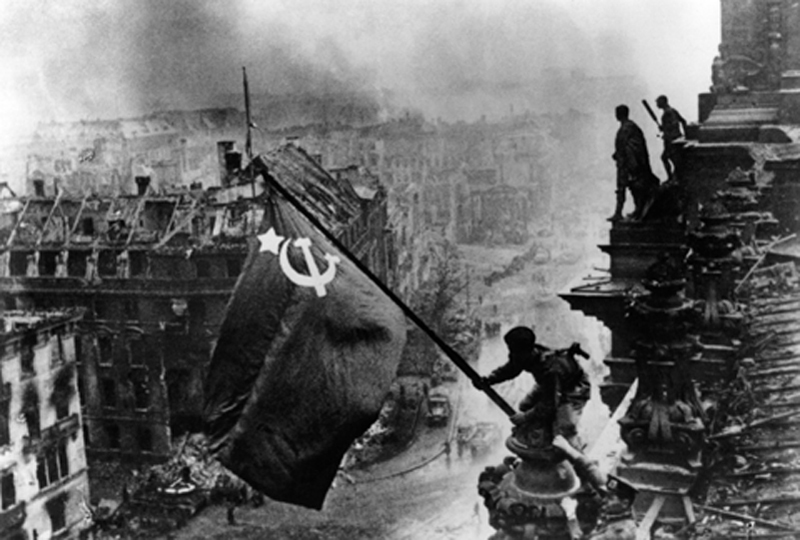 this iconic photo taken at the end of the second world war shows the soviet flag flying over the remains of berlin, the fallen nazi capital. this photo circulated world wide as it became a symbol of a devastated foe.

but interestingly enough this photo was heavily doctored for public relations reasons.

in the original photograph the soldier on the bottom right is actually wearing two watches, one on each arm. however, joseph stalin did not like the implication of showing the heroic soviet soldier with two watches, as it implied the soldier had probably stolen and looted the jewelry. not the hallmark of a hero.

so, they kicked up the smoke and using photographic trickery removed the watch.