You and I share the same DNA. Is there anything more lonely than that?

The past is not dead. It's not even past.

You can't take a bath in the word "water."

In a theater, it happened that a fire started offstage. The clown came out to tell the audience. They thought it was a joke and applauded. He told them again, and they became still more hilarious. This is the way, I suppose, that the world will be destroyed- amid the universal hilarity of wits and wags who think it is all a joke.

However, the flames remained some distance off; then darkness came on once more and ashes began to fall again, this time in heavy showers. We rose from time to time and shook them off, otherwise we should have been buried and crushed beneath their weight.

I could boast that not a groan or cry of fear escaped me in these perils, but I admit that I derived some poor consolation in my mortal lot from the belief that the whole world was dying with me and I with it.

This is us...and all the way around here...Fiji. You can't get any further away before you start coming back.

That which can be destroyed by the truth should be.

For the world it is drowning in paper.

"Well, you're obviously being totally naive of course", said the girl, "When you've been in marketing as long as I have, you'll know that before any new product can be developed it has to be properly researched. We’ve got to find out what people want from fire, how they relate to it, what sort of image it has for them."

"And the wheel," said the Captain, "What about this wheel thingy? It sounds a terribly interesting project."

"Ah," said the marketing girl, "Well, we're having a little difficulty there."

"Difficulty?" exclaimed Ford. "Difficulty? What do you mean, difficulty? It's the single simplest machine in the entire Universe!"

The marketing girl soured him with a look.

"Alright, Mr. Wiseguy," she said, "if you're so clever, you tell us what colour it should be."

If people bring so much courage to this world the world has to kill them to break them, so of course it kills them. The world breaks every one and afterward many are strong at the broken places. But those that will not break it kills.

It kills the very good and the very gentle and the very brave impartially. If you are none of these you can be sure it will kill you too but there will be no special hurry.

Will we solve the crises of next hundred years? asked Krulwich. “Yes, if we are honest and smart,” said [E.O.] Wilson. “The real problem of humanity is the following: we have paleolithic emotions; medieval institutions; and god-like technology.”

He leaned slightly towards them. When the lambs is lost in the mountain, he said. They is cry. Sometime come the mother. Sometime the wolf.

I don't like words that hide the truth. I don't like words that conceal reality. I don't like euphemisms, or euphemistic language. And American English is loaded with euphemisms. Cause Americans have a lot of trouble dealing with reality. Americans have trouble facing the truth, so they invent the kind of a soft language to protect themselves from it, and it gets worse with every generation. For some reason, it just keeps getting worse. I'll give you an example of that.

There's a condition in combat. Most people know about it. It's when a fighting person's nervous system has been stressed to it's absolute peak and maximum. Can't take anymore input. The nervous system has either (click) snapped or is about to snap.

That was seventy years ago. Then a whole generation went by and the second world war came along and very same combat condition was called battle fatigue. Four syllables now. Takes a little longer to say. Doesn't seem to hurt as much. Fatigue is a nicer word than shock. Shell shock! Battle fatigue.

Then we had the war in Korea, 1950. Madison avenue was riding high by that time, and the very same combat condition was called operational exhaustion. Hey, we're up to eight syllables now! And the humanity has been squeezed completely out of the phrase. It's totally sterile now. Operational exhaustion. Sounds like something that might happen to your car.

Then of course, came the war in Viet Nam, which has only been over for about sixteen or seventeen years, and thanks to the lies and deceits surrounding that war, I guess it's no surprise that the very same condition was called post-traumatic stress disorder. Still eight syllables, but we've added a hyphen! And the pain is completely buried under jargon. Post-traumatic stress disorder.

I'll bet you if we'd of still been calling it shell shock, some of those Viet Nam veterans might have gotten the attention they needed at the time. I'll betcha. I'll betcha.

In our time, political speech and writing are largely the defense of the indefensible. Things like the continuance of British rule in India, the Russian purges and deportations, the dropping of the atom bombs on Japan, can indeed be defended, but only by arguments which are too brutal for most people to face, and which do not square with the professed aims of the political parties. Thus political language has to consist largely of euphemism, question-begging and sheer cloudy vagueness. Defenseless villages are bombarded from the air, the inhabitants driven out into the countryside, the cattle machine-gunned, the huts set on fire with incendiary bullets: this is called pacification. Millions of peasants are robbed of their farms and sent trudging along the roads with no more than they can carry: this is called transfer of population or rectification of frontiers. People are imprisoned for years without trial, or shot in the back of the neck or sent to die of scurvy in Arctic lumber camps: this is called elimination of unreliable elements. Such phraseology is needed if one wants to name things without calling up mental pictures of them.

One person alone in the woods is a scary story. Two is a fairy tale.

If you who own the things people must have could understand this, you might preserve yourself. If you could separate causes from results, if you could know that Paine, Marx, Jefferson, Lenin were results, not causes, you might survive. But that you cannot know. For the quality of owning freezes you forever into "I", and cuts you off forever from the "we". 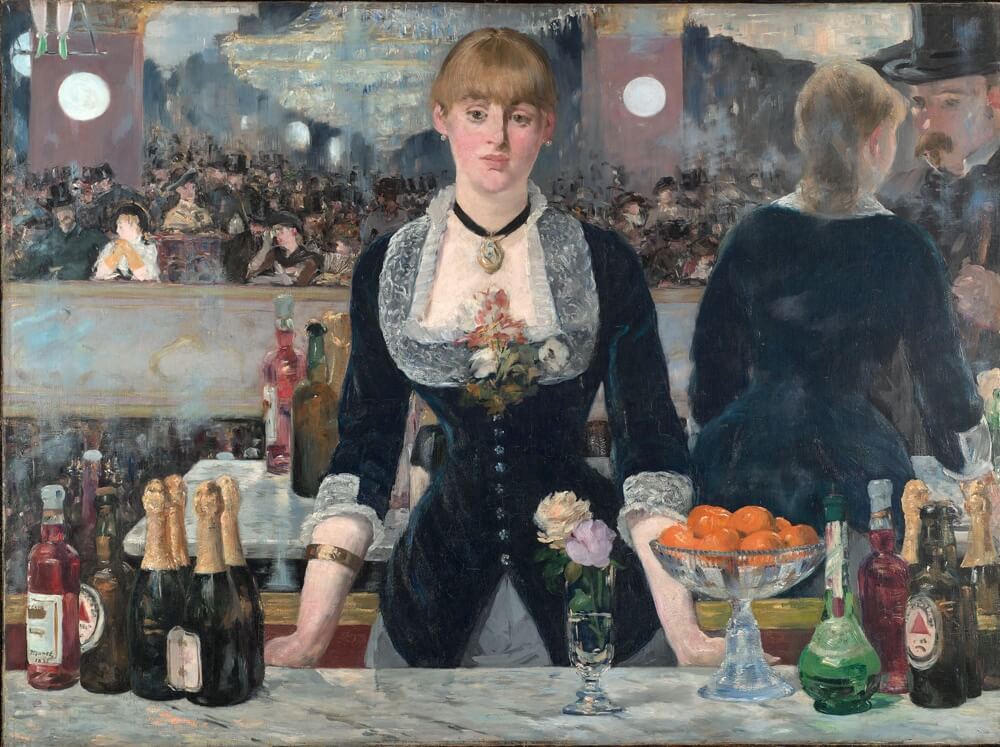 One of the most constant and important factors in Thom Yorke's personal life is his relationship with long-time partner Rachel Owen. The two met while still students at Exeter, and Thom has spoken on many occasions of the positive effects she has had on his life. These very personal feelings inform the writing of 'I Might Be Wrong'.

"It's a document of a complete crisis point, basically." Thom told Mojo. "I live on a beach and one night I went on my own and looked back at the house and even though I knew there was nobody there, I could see a figure walking about inside. Then I went back in to the house and recorded that track with this presence still there...

"The song really comes as much from what Rachel was saying to me, like she does all the time: 'be proud of what you've done. Don't look back and just carry on like nothing's happened. Just let the bad stuff go.' When someone's constantly trying to help you out and you're trying to express something really awful, you're desperately trying to sort yourself out and you can't - you just can't. And then one day you finally hear them."

The lyrics are remarkable for the way they not only frame but poetically enhance these thoughts.

This re-issue is dedicated to the memory of Dr. Rachel Owen (1968-2016) who died after a long and brave battle with cancer. We hope you are OK. Thank you for listening.

There is always a certain glamour about the idea of a nation rising up to crush an evil simply because it is wrong. Unfortunately, this can seldom be realized in real life; for the very existence of the evil usually argues a moral weakness in the very place where extraordinary moral strength is called for.

It should be noted that no ethically-trained software engineer would ever consent to write a DestroyBaghdad procedure. Basic professional ethics would instead require him to write a DestroyCity procedure, to which Baghdad could be given as a parameter.

If I'm permitted to tell my favorite story, a wonderful anecdote about Niels Bohr, the Copenhagen guy [Nobel prize winning quantum physicist]. Once a friend visited him in his country house- farmer's house. And he, the friend, noticed there above the entrance to the house a horse shoe, which...in Europe it is a superstitious item preventing evil spirits to enter the house.

...Like you know you don't have to believe in this but believe still things. Things like Santa Claus. You ask the parents do you believe in Santa Claus. They will tell you, I'm not crazy, I buy (the presents). Then you ask the child do you believe he will say no, I'm not crazy I just pretend not to hurt my parents. So a belief functions, a social category, even if no one believes in it. I think this is crucial to understand how things function today.

And it also takes courage to tell the truth about oneself, about one’s own defeat. Many of the persecuted lose their capacity for seeing their own mistakes. It seems to them that the persecution itself is the greatest injustice.

First of all we strike trouble in determining what truth is worth the telling. For example, before the eyes of the whole world one great civilized nation after the other falls into barbarism. Moreover, everyone knows that the domestic war which is being waged by the most ghastly methods can at any moment be converted into a foreign war which may well leave our continent a heap of ruins. This, undoubtedly, is one truth, but there are others. Thus, for example, it is not untrue that chairs have seats and that rain falls downward. Many poets write truths of this sort. They are like a painter adorning the walls of a sinking ship with a still life.